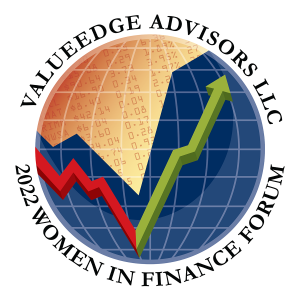 Lights, camera, action! Welcome to world-famous Hollywood, aka Tinseltown and the “Entertainment Capital of the World.” At Hollywood and Highland, you can tour the Dolby Theatre, the home of the Oscars. Find your favorite celebrities in the TCL Chinese Theatre’s Forecourt of the Stars and along the Walk of Fame.

Situated along 21 miles of pristine coastline and traversed by the Pacific Coast Highway, Malibu is known for its world-famous beaches, celebrity residents and spectacular natural setting. Located near the historic Malibu pier, the legendary Surfrider Beach is one of the world’s premier surfing spots.

Brentwood is one of L.A.’s most affluent neighborhoods, known for its palatial estates, tree-lined streets and A-list residents. Stop by the Brentwood Country Mart for a nosh and get a glimpse of the neighborhood’s laid-back elegance.

Step into Mid-City Los Angeles, which is not just the geographical center of L.A., but a vital hub for culture, art and dining. Be in the audience of The Price is Right at CBS Television City.

Named one of the Top 10 Beach Cities in the World by National Geographic, Santa Monica is one of L.A.’s most popular destinations for domestic and international visitors alike. The iconic Santa Monica Pier is a must-see.

Beverly Hills is known worldwide as a premier destination for luxury. Stroll along world-famous Rodeo Drive and admire the incomparable designer boutiques.

You’re sure to see the entertainment industry’s movers and shakers in West Hollywood, famous for its rooftop pools and the place where rock stars and legendary comedians got their big break.

From its world famous boardwalk and beautiful beach to the shopper’s paradise of Abbot Kinney Blvd., if you’re looking for cool things to do in California, Venice offers a unique and vibrant mix of activities and attractions.

Become a fashion insider when you visit L.A.’s Fashion district, a bastion of deals and delights. Score great bargains on clothes, shoes, accessories and jewelry at places like The Intersection, a wholesale marketplace with 4,500 designers and a host of sample sales.

Los Angeles is the best city for experiencing the quintessential endless summer in Southern California. We rounded up eight of the best beaches in L.A., from Malibu to the South Bay.

Getting acquainted with the numerous hiking trails in Los Angeles is the perfect way to discover why L.A. is the ideal place to get outside. Most of the hikes listed here are easy to moderate, so it’s not necessary to be an experienced hiker to enjoy them.